Bethel’s Centre of Pastoral Care has its own camp-site on the island of Saaremaa, in Laimjala district. It was started as a student project called “Elagu elu” ("Es lebe das Leben") in 2001 with friends from Hannover Waldorf School. The school’s previous teacher, Ulrike Langenschield has been the leader of the project. She has also worked as a teacher in Tallinn Free Waldorf School. Students from Hannover have come at least once a year with their teachers Henning Stricks and Wolfgang Kelwing to build up this camp-site, which by now comprises of two summercottages, a kitchen and some supplementary buildings. The location has become a sort of a summer-home in the countryside to Bethel’s children, where they get involved in construction of the camp-site and all necessary daily tasks. 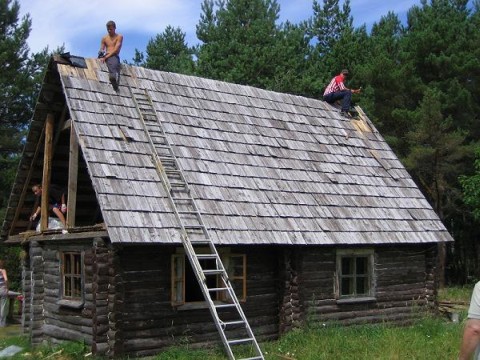